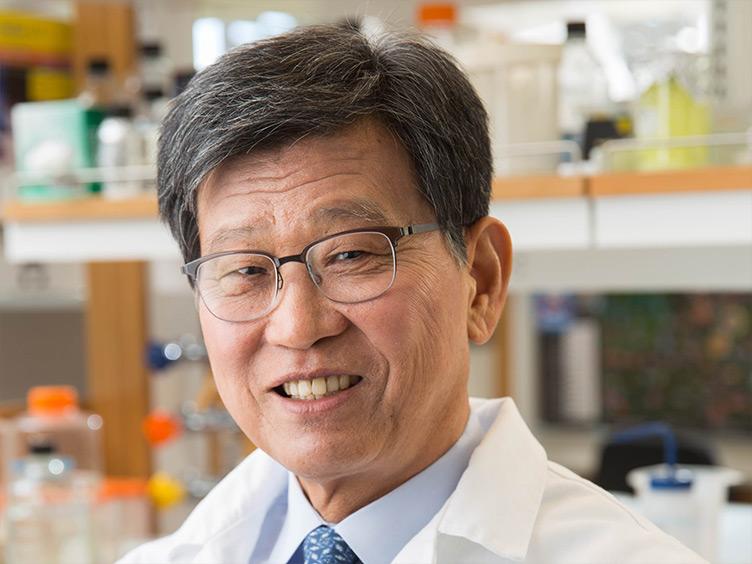 Dr. No-Hee Park is a major scientist in oral and craniofacial research community in the world with over 200 scientific publications in most reputable scientific journals, such as Journal of Biological Chemistry, Nature Medicine, Cell Stem Cell, Oncogene, Cancer Research, Clinical Cancer Research, Carcinogenesis, Journal of Infectious Diseases, Archives of Ophthalmology, DNA Repair, International Journal of Oncology, Journal of Dental Research, etc. His major research activities have been in Oral (Head and Neck) Cancer research.  Dr. Park's contribution to the understanding of the mechanisms of oral cancer development is enormous, which resulted in new mode of therapy.

In the early stage of his career (1975-1983), Dr. Park was engaged in the development of animal models to evaluate the therapeutic efficacy of antiviral agents and the studies for understanding the molecular mechanisms of numerous antiviral agents (e.g., Acyclovir [Zovirax®], Ganciclovir, etc.) against herpes simplex virus. In later stage of his research career (since 1983 to present), Dr. Park has investigated the mechanisms of human oral/head & neck cancer development. In addition to his interest in the area of cellular aging, and molecular carcinogenesis, Dr. Park has also been engaged in a research project investigating the molecular mechanisms of the development of atherosclerosis, a benign, but the most dangerous vascular wall cancer.

His research has been well funded by both NIH and private foundations (a total of over $70 million).  Dr. Park has received many recognitions by his peers for his research and scholarly activities. He has served Editorial Board of many research journals, including European J of Cancer, Journal of Dental Research, International Journal of Oncology, Journal of Biotechnology, Odontology, Critical Review of Oncogenesis, Chinese J of Dental Research, and International Journal of Oral Sciences.  Dr. Park has also served as a member of a number of NIH grants review committees for both the National Cancer Institute and the National Institute of Dental Research.

Dr. Park has also trained over 100 research students, postdoctoral fellows, and visiting scholars from overseas during the past 3-4 decades.  Most of his trainees are presently faculty members of dental schools, medical schools and colleges of life science in the United States and many other countries including Korea, Japan, China and Europe.